I have no hometown

When I was a childhood, I have envied my friends returned to their home.

I have no hometown.

I don’t know my father’s parents’ home.  He is an oldest son, there is one little brother, and there are four sisters under him.

My mother has taken me and my older sister to her home in Koishikawa.  The home is just in front of the metro Korakuen Station.  It was just in front of the hall called Bunkyo-Kokaido which were held the most famous live broadcasted TV show called “8 o’clock, Gather around everybody! ” the Drifters were active.  We have often gone to the metro station of Korakuen by Marunouchi line.  The metro train was painted red and unique lined with white and installed straps in a slant.  I don’t know the East or the West at the Shinjuku Station, but I can remember the translation of the Keio line to the Marunouchi line.

My mother has many siblings like my father.  My mother has an old sister, an old brother, a sister and brother.

In his drinking,  my father said that Niigata was etc… or that I had done in Niigata ah…, but it was self-thought and talking.  It was no topic that talking with my family.  Just because in his mind, I guess that my father has a memory of the forced evacuation from his talking.

My mother often told us the things of forced evacuation

My mother often told us the things of forced evacuation.  Naruko is in Miyagi prefecture.  I am now in living Miyagi prefecture leaved from Tokyo large city.  I have gone to Naruko many times on my work.  What a coincidence.

In forced evacuation, the person goes to first and one’s baggage has sent after that.  The sent baggage said that what this person be.  My mother felt that in her own way. Neatly many one is the baggage of the person who are loved by family and vague one is not loved one’s family.  The arrival time is different and some person has often worried that not arrive one’s baggage yet.

the event of to catch lice

It is the event of to catch lice from the body and the hair of the human.  To put a small vial and compete with.  It is not from yard or field but from the human who are the forced evacuation person living with.

I think there are many bottles or vials, but if the smallest one, it might be rolling in the pocket.  If lice in it and compete with, it needs so many lice from the human living with.

The hygiene of in this era, I think that there were many pinworms, lice and E. coli.  But every day, the children were enjoyed that the getting rid of lice make the event of to catch lice.  They are already grade 3 to grade 5.  I think that they could understanding the situation of Tokyo was, and why we were sent this place for.

the most important thing I am thinking about

It has passed for one generation,  there are no sow human wastes in the field.  So, there were no sold the vegetables with E. coli.  It was finished to check pinworm for human.  The living situation become good for us.

But at the same time, a virus of flu and covid appeared around us and they were torturing us.

There is no much evidence to say, but I am thinking that to spending so comfortable life is caused this situation goes around, comes around. 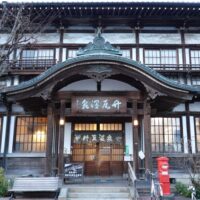 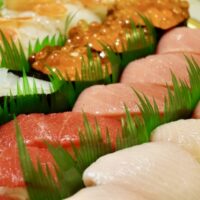